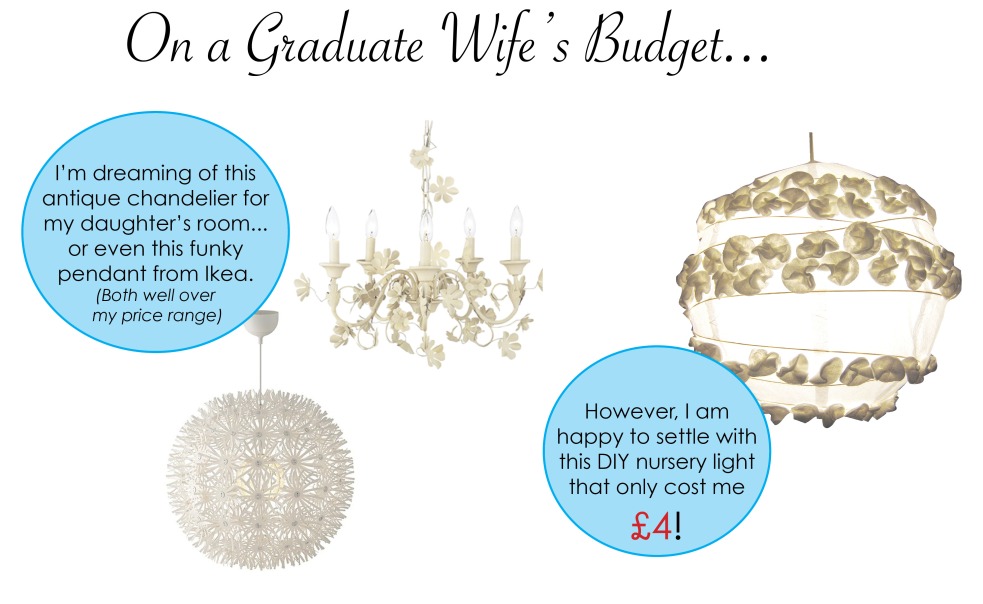 It was kind of a strange surprise to me when I arrived in England to a fully furnished flat complete with white paper lanterns in every room.  I was a bit confused, because in the states paper lanterns as light pendants are somewhat associated with high school girl’s bedrooms or college dorms.  I quickly realized as I peeked into the windows of other flats and houses on our block, that indeed everyone has the paper lanterns up.  They have definitley grown on me over the year and once I realized how inexpensive they were, I decided to get creative. As I was looking for some inspiration online I came across the below. 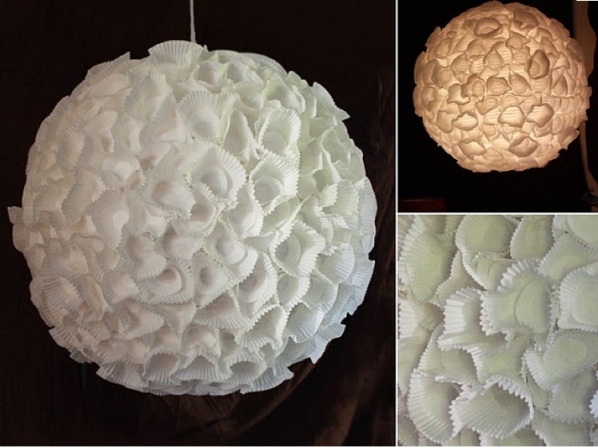 I then ran across this…and sadly I can’t recall where I found it. 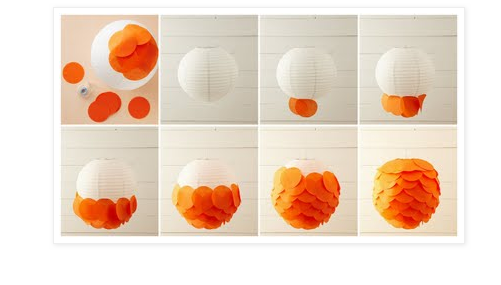 So instead of using cupcake liners like the first one (as I thought it had a bit of a harsh effect) and not wanting to cut out hundreds of circles of tissue paper or felt as in the second image above,  I bought some £1.89 eye make-up remover pads from Boots and went to town on my £2 paper lantern from Ikea.

I spent an evening watching a movie with my husband and slowly but surely glued on around 50 little white pads to the lantern.  I held the pad flat and put a dab of  hot glue in the center then scrunched it up like a flower bud.  It stuck together and then I put a dab of glue on the back of the ‘flower’ and glued it down on the lantern.  I started out wanting to cover the entire surface of the lantern, but it would have taken a lot longer than I had planned and I ended up liking the ‘trailing’ effect that I created when I followed a curving trail as I moved around the lantern. 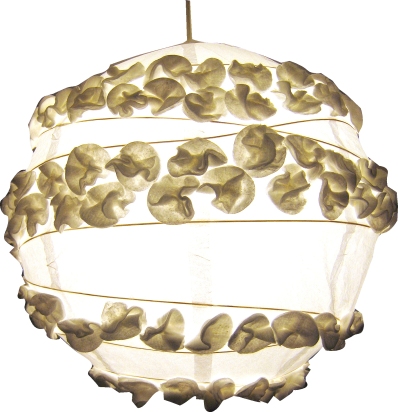 I turned out with a lovely light fixture for my daughter’s nursery.  The little scrunches look like flowers and then all together it looks a bit like a cloud.  It softens her room immensely and looks great with the green and white color scheme I have in there.  I also added a small row of ‘flower scrunches’ to the trim of her bedside table lamp, so that they coordinate.  Not bad for £4!  Enjoy!

p.s. It would look great in a little boy’s nursery as well or even in your bedroom!

5 thoughts on “Beauty and the Budget: Project Lighting”