Today we are staring a three part series on “What I wish I had known” going into my graduate wife journey.  Mandy and Julia have almost 16 years combined experience of being graduate wives and they have moved almost 8 times to different institutions between the two of them.  Today’s post focuses on ‘intangible’ things they wish they known to expect, Thursday’s post will focus on more ‘tangible’ things they wish they had known to be aware of, and finally we will close next week with a post sharing a bit of both.  I have read through this and am incredibly encouraged and thankful for the advice.  I hope it speaks to you on the journey as well! – M.C.

Uncertain Future: The world of academia is a chasm of uncertainty. Open posts are few and far between; our other halves constantly compete for posts against their friends, and inevitably watch their friends win; and most of the time, 250 applications (or more) will be filled out before one interview is granted. I can attest to the fact that most of time, our lives feel like one big question mark after another.

For you graduate wives just beginning your journey, the ‘end’ is the light at the end of the tunnel; it’s the present that’s difficult as you try to make it through with a husband, fiancée, or boyfriend who spends way too many nights in the library with his new mistress, the dissertation.

For you graduate wives ending your journey, you’ve proudly watched your other half step across a platform to be granted a degree, your heart nearly bursting with pride. Now, you’re watching him slog through application after application, and you have no idea where you’re going to be living in six months.

How in the world do you navigate that?

I wish I had an easy answer. This was only supposed to be a three-year gig when we began our journey (sometime I’ll tell you that whole story). Instead, we sit here eight years later, with no idea of what’s around the corner for us. The best reminder that I’ve received from an older graduate wife is this is just a season of life. And it is. Sometimes, when I am incredibly weary, I get tired of hearing it, and I worry that my husband will never find a post, and that none of my dreams will ever be actualized. But, you know what? Something WILL inevitably work out. It will more than likely look completely opposite than what we had in mind, but it will be right for us. And, it will be right for you.

Remember this as your graduate wife story is being penned: This is only a season of your life. 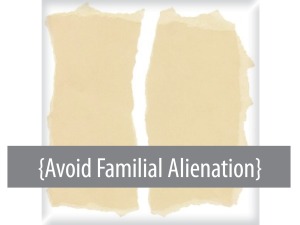 Familial Alienation: For me, it initially felt easier to leave the stories of our European adventures in Europe when visiting family back home. My rationale went like this: “If I tell them about all the beauty we’ve taken in, I come off as bragging and just plain old obnoxious. Worse, if I tell them about the weekly ritual of scrubbing mold from our furniture, clothing and walls, won’t they just think I am simply ungrateful?”

This way of thinking may have worked for the first year or so, especially when I had one foot in Target and the other just teetering on the edge of Tesco’s (a big grocery chain in the UK) doorstep. But then my marriage, my children, my career – my life – rooted and blossomed here. What then?

I had to get over my insecurities about sharing our world with our families so that our families knew us. It’s hard enough to leave your loved ones behind physically – don’t fall into the trap of leaving them emotionally as well.

Community: If you read this blog, you know we harp on building community. We do that because MC and I have seen the benefits of what happens when you’re willing to share your life and story with other people traveling the same journey. We’ve previously focused on how you cultivate community, but haven’t really touched on the emotional why parts of it.

The first part of our graduate journey was spent rehashing that lesson again and again and again; I refused to put down roots in our new city, and in the first year of school, I (we) went back to see our friends in Atlanta six or seven times. I had one foot firmly planted where my heart was, and the other foot planted because it’s where I had to be. It wasn’t healthy.

After many discussions (I use that term loosely ha ha) with my husband, we agreed it wasn’t emotionally healthy or balanced to try to maintain a life in Atlanta when we did not live there.  It seems like a fairly simple concept now, but at the time I truly felt like, once again, my world was being ripped from my hands. We made the decision together that we would not return to Atlanta for one year.

By investing in the city or community you live in, you are choosing to live in the present. If you spend all your time wishing you were somewhere else, then you may miss an important part or piece of your life’s growth process. That’s not an easy thing to do when you’d rather be somewhere else.  When I began the process of actually getting to know the Orlando community, I discovered it wasn’t such a bad place to live. When I started investing in relationships, I realized there were some amazing people that were worth getting to know. I look back now, and often wonder what life would be like today, if we hadn’t made the decision to cultivate community and plant our feet firmly where we lived. When we moved from there in 2007, we left some wonderful friends that I was genuinely sad to leave.

I do think it has been one of the greatest lessons I’ve learned along this path: Live in the present and invest in those around you.

7 thoughts on “What I wish I had known…”