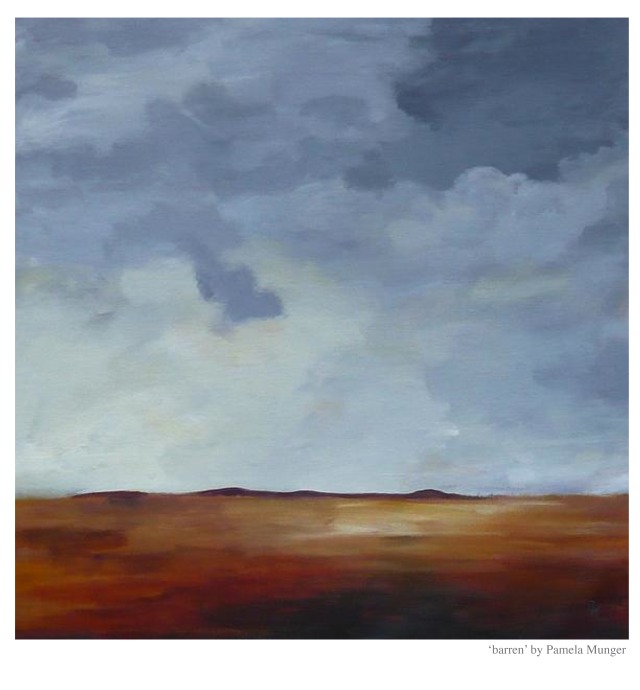 It seems like a lot of our readers are grappling with the ‘when is the best time to have children’ question, especially since this season of life seems to be the perfect time to start a family. But – what if life doesn’t work out that way?

Over the next couple of months, we’ll follow 4 different graduate wives through their journeys of infertility, miscarriage, and adoption. If you are facing any of the above, or know a graduate wife who is, we hope you will find their stories encouraging and supportive.  ~Mandy and MC

Four years ago, my husband decided to leave his job and go back to graduate school.  This had been a dream of his for a long time and we were finally in a place for him to pursue it.  In my mind, this was perfect timing.  I was ready to start a family and what better way to arrive in a new community than about to have a child?  I could get to know other women who had young kids and our kids would become friends and play together every day in the married student housing in which we all lived.  We requested a 2-bedroom apartment and assured the housing department that we would be pregnant by the time we arrived in our new town.  After all, that was 6 months away- we would certainly be pregnant by then!  Although I was sad to leave the big city where my husband and I had met, married, and lived for years, I was happy that we were both getting to pursue our dreams- his of going to graduate school and mine of having a family.

As you can probably guess from my naive enthusiasm and perfectly laid plans, things did not go as I had hoped.  I did meet and become friends with many other women with young kids.  The thing that was missing was my own child.  One year passed and we were still not pregnant.  We sought medical help, but were put in the category of “unexplained infertility,” a tough diagnosis because how do you treat something that’s unexplained?  So we just kept trying.  Another year passed.  And then another. My husband’s dream was being fulfilled and he was much happier than he had been in his previous life in the business world.  He was getting to read and study all the time and have amazing, insightful discussions on things about which he is passionate.  He developed a clearer vision of where he wanted this new career to go and was so excited about all the years of learning ahead of him.  Meanwhile, my dream just laid there. Every month that passed it seemed less and less likely that it would ever be fulfilled.

Having kids is something that, like most people, I just assumed would be in my future.  I realized how many times in every day conversations I used phrases like, “when I have kids…” and I painfully started adjusting the phrase to, “if I ever have kids…” Because it began to look like a big “if”.  It’s difficult to grieve a person that does not exist, but so much is lost.  I would never have a childbirth story, like almost every woman who has ever lived.  I would never be able to commiserate with pregnant women.  I would never have the opportunity to breastfeed.  I would never be able to look in my child’s eyes and see a little bit of my husband or my grandmother or my baby pictures.  And it seemed like a bit of our marriage was lost as well.  After all, part of being married is the desire to have a family from the union.  Although thankfully our relationship remained solid, it was hard to accept that our marriage would not result in a biological family: a child that was a little bit of me and a little bit of my husband.  Isn’t that one of the reasons I married him, because I wanted to have his babies?

We considered medical treatments.  But for most of our time, I was on student insurance which does not cover infertility testing or treatment, so this was a costly option.  We looked into adoption, another costly option.  But it is almost impossible to adopt when you do not know which state you will be living in the next year.  I was stuck.  It seemed that there was no way out and it seemed that, with each disappointing month that passed, came another pregnancy announcement from a friend.  I was surrounded by people who were living my dream, but it was unattainable for me. Who would have thought that such a basic desire would be so hard to achieve?  It was a very, very dark time.  I felt hopeless, angry, jealous, heartbroken, every synonym for “despair” that you can come up with.  Thankfully the school which my husband attended encouraged counseling for its students and their spouses, so I was able to find a wonderful, affordable counselor with whom to process all of this.  Along with the counseling, she recommended a doctor who could get me on some medication.  Without those two things, I honestly don’t know if I would be sitting here today.

When Mandy and M.C. asked me to write about infertility for The Graduate Wife, my first thought was that I have no lessons to pass along or wisdom to give.  I can just share what happened.  In the end, I got a job with insurance that covered some treatments and we bit the bullet and dipped into our savings for other treatment.  And on the day that we moved out of our married student housing apartment, after three and a half years of trying,  we found out that the treatment was successful and we were finally pregnant.

But what is the lesson from my story?  Clear out your savings account to try and realize your dream?  And maybe, after thousands of dollars, three different specialists, and almost ten different procedures, you may finally get what you’ve been hoping for?  I can’t say, “Just pray and it will all work out,” or “Just be patient and relax and it will happen.”  Infertility strips you of all those platitudes and optimistic thoughts.  We were one of the lucky ones who could afford treatment and for whom it actually worked.  Many, many women are not so lucky.  I almost hate to share the successful ending because I feel like it minimizes the struggle.  For us, it was worth it.  For many people, the ending is not a happy one.

So I try to think, was there anything beneficial that came out of those three and a half years of agony? Aside from a deep sense of empathy for people who are hurting, the only answer I can come up with is community. Those women I met who had young kids?  They are amazing.  And many more dear friends who are not at the kid stage yet.  They listened and cried with me, but more importantly, they gave me something to live for.  They were fun!  We hung out and laughed and watched shows and drank wine and coffee and ate a ton and explored new places together.  It was a distraction and a bright spot in an otherwise hopeless time.

We likely will never have a setup like that again with so many like-minded people living within one hundred feet of us, with picnic tables and grills outside each building, where people with children can socialize every night because the monitor reaches to ten different friends’ apartments.  But that experience gave me something to aspire to. It made me realize how important it is to have friends close by, to have a place you can just pop by unannounced.  I learned what it was like to live day-in, day-out in community with people outside my family.  And it meant that my family expanded.  I actually did leave that graduate school experience with a bigger family, it just was not the biological family that I had expected.

From now on, my husband and I will be intentional about living geographically close to friends, when we can help it.  We would rather live in a small, shabby apartment near people we know than in a mansion on the outskirts.  We realized that it is important to socialize more than just on the weekends, even if it is just a short dinner or a quick trip to the store together.  We want to really live life with people outside our immediate family.  Not just at the occasional party or scheduled dinner, but the day to day things as well.  That constant community helped me survive the hardest time in my life and, when the next challenge comes along, I want to be sure I have another community standing alongside of me.  That may be the only thing (besides professional help!) that gets me through.

In this graduate season of life, if you’re struggling with infertility, what has been the single most important thing that has kept you moving forward?